Shopping Cart
Your Cart is Empty
Quantity:
Subtotal
Taxes
Shipping
Total
There was an error with PayPalClick here to try again

Thank you for your business!You should be receiving an order confirmation from Paypal shortly.Exit Shopping Cart

The questions that many of my clients ask continually is that of the effectiveness of free anti virus suites.

Again the primary source of the information was independent lab AV-Test. 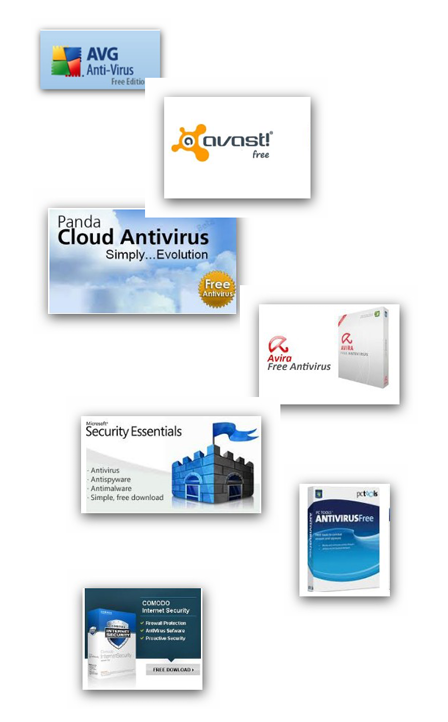 Please take under consideration that the anti virus programs are constantly reevaluated against new threats and their effectiveness might change. Safe practices for Inernet and e-mail are also very important as the part of safe computing.

For additional steps that you could take, please contact me.

This  post has the list of available servers that  allow you to connect to the particular website.While typing the name of the site the service below translates it to the numerical repersentation that computer  can "understand". Normally we obtain this service automatically through our service providers, however their servers might be very slow or your computer connected to it for to long without renewing  lease of some addresses.

There is a tool called NameBench that will help you locate the fastest DNS server nearby. Please consult me prior to implementing any of the listed services. The increase in speed of the Internet comunnication  veries but mostly is 10%-50% 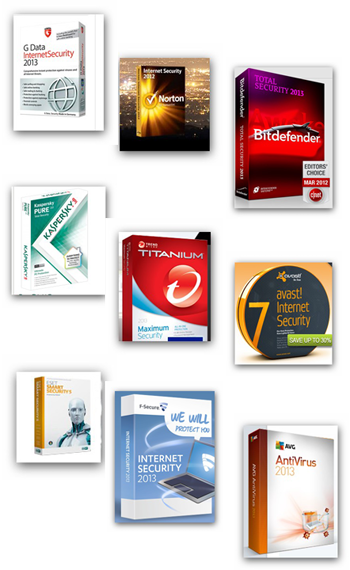 I wanted to provide my clients  and visitors with evaluation of the top antivirus suites available on the market this year.

The graphic illustrates from the top the best scoring suites. If you wonder the criteria on which it was based, please read below:

I am only listing the best and worst results, which should give you the idea of how to evaluate what you presently use and intend to buy/

Please note that the speed of scanning will vary from one suite to another as well as commensurate with the specifications of  your system.

PC World.Please contact me for more information or to set up your anti virus software. 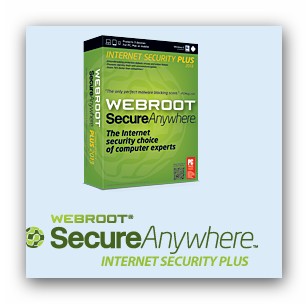 I would like to extend the list with totally revamppped and rebuilt suite from WebRoot Secure Anywhere.It is fast and cloud based program which might render faster results as virus newest definitions are availble online, but still leaves few questions in real life performnace /connectivity,  deep access to your system and its root files. I will raport on with proper testing done.

If you would like to find out more about the security products from Check Point, please go to http://www.zonealarm.com

DOOMSDAY OF INTERNET APPROACHES-ARE YOU GOING TO BE AFFECTED? 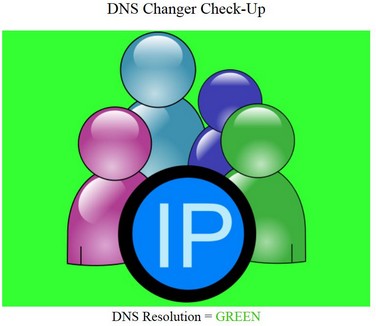 Many times I am being ased what is the most dangerous type of the malware that can infect your computer?

Daily few hundreds are discovered "in the wild" and some of them make to the mainstream of thousands of PC's, but I think DNS Changer is one of the most malicious of them all.

I colaborated with  Alfonso Barreiro from Tech Republic to provide short overview of the problem and solutions.

Please contact me  for more information or if you think you are being affected by it.

If after visiting the site listed below your  result is red not green /as pictured/, please contact me immediately as you will lose your Internet on July 9th.

The DNS Changer malware family silently replaces the Domain Name System (DNS) settings of the computers that it infects (both Windows PCs and Macs) with the addresses of the malicious servers and routers (yes, small office/home office routers that were still using their default admin usernames and passwords). Affected users then would be directed to sites that served malware, spam or large advertisements when they tried to go to popular websites such as Amazon, iTunes and Netflix. Additionally, some variants of the malware blocked access to anti-malware and operating system update sites to prevent its removal. The operators of this botnet would receive advertising revenues when the pages were displayed or clicked on, generating them over $14 million in fees.

Due to the potential impact the removal of these DNS servers would have on millions of users, the FBI had the malicious servers replaced with machines operated by the Internet Systems Consortium, a public benefit non-profit organization, to give affected users time to clean their machines. Originally these temporary servers were to be shut down in March, but the FBI obtained a court order authorizing an extension because of the large number of computers still affected. The new deadline is July 9, giving more time to those still infected to fix their computers. As of March, the infected still included 94 of all Fortune 500 companies and three out of 55 major government entities, according to IID (Internet Identity), a provider of technology and services.

How do I check if I’m infected?

If you are a network admin or IT pro, and you are pretty confident your organization is in the clear, you still may want to share these instructions with your users so that they are aware that their home systems could be infected and so that they can perform the self-checks.

Both the FBI and the DNS Changer Working Group have provided detailed step-by-step instructions for manually checking Windows XP, Windows 7 and Mac OS X computers for infection. Essentially, if your DNS servers listed include one or more of the addresses in the following list, your computer might have been infected:

If your computer checks out okay, you should also check your SOHO router settings. Consult your product documentation on how to access your router settings and compare its DNS servers to those on the list above. If your router is affected, a computer on your network is likely infected with the malware.

There are also several self check tools that can help check your machine. One such tool is provided by the DNS Changer Working Group athttp://www.dns-ok.us/. This site will display an image with a red background if the machine or router is infected. On a clean machine, it will be a green background:

Depending on your organizations’ network configuration, you could set up alerts when machines from your internal network attempt to reach any of the listed addresses or you can block them outright. Be careful if you opt to block them though, as any infected machine will essentially lose its Internet connectivity since they won’t be able to resolve any Internet server name they attempt to reach. Of course, this will also be a big clue that something is wrong, if the support phone lines fire up on July 9 with users reporting mysterious Internet outages!

I found an infection! How do I fix it?

As with detection, there are also a number of tools available to fix an infection. Since the DNS Changer was delivered through different mechanisms over the years, some infections may be more difficult to remove than others. In some extreme cases, only a full reinstall of the operating system will ensure a successful repair. Some removal tools available include:

This is by no means a complete list; most anti-malware companies should be able to detect this particular threat. But be aware that your mileage may vary. DNS Changer was also part of some web exploitation kits and other types of malware (backdoors, keyloggers, etc.) might have hitched a ride and complicated the removal process. If you have an affected router, you should also change its default admin password to something else (and don’t use an easily guessable password - it will be only a matter of time before someone else tries a similar attack).

What if my machine remains infected after the deadline?

Machines that remain infected or are served by an affected router after the temporary servers are removed will, for all intents and purposes, lose their Internet connectivity. How to fix it will remain the same, but with the added wrinkle that you will probably need a second, clean machine with Internet access for diagnostics and to obtain removal tools.

Get IT Tips, news, and reviews delivered directly to your inbox by subscribing to TechRepublic’s free newsletters.

Alfonso is a technology specialist with experience in multiple IT roles with the latest one being in information security.

Time to start eliminating Windows XP as your operating system of choice.

Most organizations should start drawing up plans to eliminate Windows XP and shift workers to Windows 7, Gartner analysts are advising.

About 80% of Gartner clients skipped Windows Vista, and are relying mainly on the aging Windows XP, the research firm says.

Microsoft has pledged to support XP until April 2014, seemingly giving businesses a long lead time to migrate to a newer operating system. However, by 2012 the new versions of many applications will not support XP, and various independent software vendors will start eliminating XP support, Gartner says.

Planning, testing and piloting a new operating system takes 12 to 18 months for most companies, so businesses should start testing Windows 7 this year.

"Most organizations should try to eliminate Windows XP by the end of 2012," Gartner says.

One-quarter of respondents to a CDW customer survey earlier this year were already planning to move to Windows 7 within 12 months. But half of the 618 respondents had no plans to migrate and some said they would wait until Microsoft no longer supports their current operating system before switching.

Still, the early signs for Windows 7 are better than for Windows Vista, which was widely panned by customers.

Home users are already moving off of Windows XP, and if businesses don't do the same "most people will ask their boss why the heck they don't have the stuff they have at home," Ballmer said more than a year ago.

From Your Pc Surgeon:

If you keep struggling with the decision, now would be the time to act and start saving your pictures, files, documentc,etc.

More and more of my clients are faced with bloated XP installation with less and less of programs supporting it.

Unfortunately you can't perform "in place" upgrade to Windows 7, rather perform "clean" install.

environment with compatability  of XP applications. Contact me for more information or the way to protect yourself from using your files or applications.